The day started like any other. The birds were singing, the sun was shining and Onox’s mother was shouting at him to get up out of bed as he was once again late for school.

“Wake up you are late for school!!!” a voice called out “You have overslept you need to get up!”

His eyes slowly opened as he discovered his mother standing at the side of his bed with a concerned look in her eyes. “What have I told you about staying up all night to watch fish videos on youtube, Onox?”

“I’m sorry mother” he said with an apologetic tone. “I really didn’t intend to stay up so late and I swear it will not happen again!”

“Hmm, we’ll see about that. Get up before you’re late” she warned.

“Don’t worry mother, I will not be late I have packed my bag earlier. Would you like me to make you some breakfast?”

“Oh Onox, you’re such a considerate and intelligent child. Thank you.”

After breakfast Onox grabbed his bag. He and his mother then got into the car so she could drive him to school.

“Want me to do your seatbelt for you?” she asked.

“No it is quite alright. I am old enough to do this myself.” Onox scoffed.

He grabbed the seatbelt and attempted to plug it into the buckle. Something was wrong. Before he knew it he was in a horrible mess. Somehow he managed to tangle himself up. “MOTHER HELP!” he screamed.

“OH MY GOD!!” his mother shrilled as she tried to untie him. “Don’t move okay? I’m going to try and get you out of this.”

He began to thrash about violently.

“NO ONOX! YOU’RE MAKING IT WORSE” mother shrilled once again.

He fought and fought until the seatbelt was tangled tightly around his neck. Onox was completely trapped, like a fly in a web.

“SON NO! YOU’RE MAKING IT TIGHTER!” she begins to panic.

Onox thrashed around even more violently for about 2 minutes until the seatbelt cut all circulation around his neck. He could no longer breathe.

-The scene fades to black-


“Please Doctor! Tell me my son is going to be alright!” the woman begged.

“I’m so sorry to tell you this but the seat belt cut all circulation to your son’s brain. He’s in a coma and we have no idea when or if he will ever wake up.” The doctor tried his best to explain the situation further but was interrupted.

“What do you mean? Please tell me he’s going to be okay! He’s my baby! My perfect child! Please do whatever you can to help him please doctor I beg of you!” She begins to break down into tears and falls to the floor.

The hospital seems quiet and peaceful and everyone is in good spirits. Snow is falling softly outside as it is Christmas time.

“Hey Onox” mother whispered “It’s Christmas time, do you remember last Christmas?” she held her unconscious sons hand “I got you that aquarium you always wanted an-“

The boy’s eyes open widely. “Wut” he said in a distant yet monotone voice.

“OH ONOX! I’m so happy you’re awake!” The mother hugs her son “God returned you to me!” she then calls in a doctor.

“It seems I have been asleep for quite sum time” Onox concludes as he looks towards the window.

“234… I like that number” He thinks to himself. Onox scans the snow covered landscape from beyond the glass and then quickly turns to educate his mother “ice and water are one of the same ice is basically frozen water” The boy explains.

“…yes. I’m so glad I’ve got you back Onox” she laughs and then hugs her son again “Did you miss me when you were sleeping? I missed you so much”

The boy ignores the question and then begins to spout more knowledge at his mother “Safe drinking water is essential to humans and other lifeforms. Access to safe drinking water has improved over the last decades in almost every part of the world but approximately one billion people still lack access to safe water.”

Her expression moves from joy to confusion “Uhh… Onox are you okay?” mother asks.

“Hey mom did you know between 700,000 and one million species live in the worlds oceans, according to a thorough new analysis which also estimated that between one-third and two-thirds of those species have yet to be named and described.” The boy explains.

“DOCTOR!” The mother yells “It’s as if he doesn’t care at all about what I’m saying to him! Is my son okay? He’s acting really strange!"

The doctor pauses for a moment to try and figure out how to break the news to the poor woman. “I’m so sorry but your son has severe brain damage and will never be the same.”

Onox begins to blabber once again “Freshwater fish are those that spend some or all of their lives in fresh water such as rivers and lakes with a salinity of less than 0.05%.”

The two begin to leave the hospital. Despite the fact this was supposed to be one of the happiest days of her life as her son awoke from his coma, she looked incredibly depressed. She gazed upon the boy in utter disbelief. “This can’t possibly be my son” she thought to herself “This is going to be like living with a complete stranger”. They then began walking to their car which was just a few blocks away.

“Did you know mosquito fish are the rarest kind of live bearing fish?” Onox informed his mother.

“No I did not.” Mother seemed agitated.

“Did you also know that ants are the most common kind of household pest?” Onox droned on yet again.

“No Onox. I did not know that.” Her face started to show clear signs of frustration.

The woman quickly lost all control. A little piece of her sanity was chipped away after each fact shared. They were on the 68th fact since he awoke. She was at her limit. “WHY DO YOU KEEP TELLING ME RANDOM FACTS THAT I DON’T WANT TO KNOW? I DON’T WANT TO HEAR ANY OF IT! YOU’RE NOT MY SON! YOU DON’T ACT ANYTHING LIKE HIM! MY SON WOULD ACTUALLY CARE ABOUT SEEING ME AGAIN AND SEEM INTERESTED IN WHAT I WANT TO TALK ABOUT! YOU JUST IGNORE ME COMPLETELY! I CAN’T TAKE IT ANYMORE!!!” She screams in agonizing pain after 2 long hours of listening to onox babble and then runs out into the icy road and into the headlights of a passing lorry.

The woman lay on the ground in a puddle of her own blood. She looked towards Onox. “I just wanted my son back. He was my everything.” She murmured as blood began to fill her lungs.

“Hmm, it seems that you are now ignoring me” His gaze is then caught by what looks like a pet shop in the distance. “I wonder what fish they have” he thought to himself as he plodded off towards the store.


The shop had all kinds of animals but onox ignored all of this and went straight to the fish. There he picked out 5 new shrimp to go into his old aquarium. With the bag of shrimp and a puzzled expression on his face he stumbled home, put his shrimp into his aquarium and then went to sleep. It had been a long day.

The boy found himself lost within a deep woodland. He has no idea how he got there or where “there” even is. The woodland is vast and doesn’t seem to end in any direction. The trees are twisted and the sky is grey and unsettling.

Suddenly Onox hears a voice in the distance. It was faint at first but then he managed to make out multiple. They seemed angry.

“It seems I should run before something happens to me” Onox states to himself. Wise decision.

The boy begins to gallop through ferns and brambles in the hopes to get away but the more he runs the louder the voices get. He can now hear dogs barking too. He is being hunted. It is clear now that the voices are not speaking English.

“wut is going on” he ponders as he runs through the trees. The boy cannot comprehend anything that is happening.

The voices are even louder now and he can even hear their footsteps. He can hear them clearly but cannot understand a word they are shouting. His pursuers are right on his tail.

Suddenly a random seatbelt (Onox’s natural predator) emerges out of the ground and snags his leg. He trips but this time manages to just about fight the seatbelt off.

Onox evaluates his condition “My ankle is sprained it seems” it is clear now that he cannot keep running anymore. The boy drags himself through the mud and then hides within a hollow stump of a tree. “I should be fine I believe” the boy reassures himself as his pursuers pass right by him.

The voices seem to be getting quieter now.  “I have got away it seems” he smugly remarks.

Suddenly a man jumps out in front of him from behind some brambles!

“AHHHHHHHH!!!!!” The boy screams in terror only to realise that it was just a nightmare. Onox then looks down towards his crotch area “I wet the bed it seems”

Onox then goes back to sleep. In the morning the first thing he does is checks on his shrimp. He taps the glass only to notice every single shrimp is floating upside down on the surface of the water.

“Hmm they all died in the night I believe” the boy tries to figure out what happened but cannot muster up an explanation for why. “Oh well I can always get more” the boy shrugs.

Later that day he returns to the same pet store asking for more shrimp this time. The employee is surprised to see him back so soon for more animals.

“Hi Onox! W-What? Really? Why did they die?” the man asks “Hopefully these ones will last longer this time! haha”

“Did you know that the human body is made up of 99.9% water” Onox rudely ignores the question. He pays for his shrimp and then leaves.

“Yeah! But he’s also a goldmine and one of our best customers” the manager explains “This is his 6th batch of shrimp this week!” They both laugh as the boy stumbles off with the bag of a shrimp. “He’ll be back.” 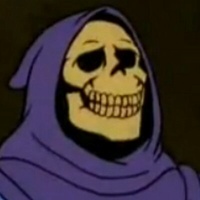 Lmao. I hope his mother didn't die like that irl.