The opening of Nova Army

The opening of Nova Army

Good day, NovaStormers!
Today I'm gonna announce the opening of the Nova Army.
As you may already have guessed this thing is similar to what most people call "Pokemon League".
There will be some differences from the classic thing.
First, we don't set mono-types for the members. Instead we give them titles.
The member's team should be related to a title of their choice.
Example: If someone chose the title "Volcano guy", they should use Pokemon related to their title, as in Volcano Pokemon. Ex: Typhlosion, Rhyperior or Moltres. Also they should give me the reasoning of the relation. Ex: Rhyperior was seen in a Volcano in Pokemon Mystery Dungeon 2.
Second, there will be different rules than what's known as "smogon rules", the following battle rules will apply:
1. Species clause: You can't use two of the same fully evolved Pokemon, NFE Pokemon will have two of the same as a limit, in fact you can't use three of an NFE Pokemon.
2. Boss/Mythical Legendary clause: All of the following Pokemon are being banned: Mewtwo, Mew, Lugia, Ho-Oh, Serebii, Kyogre, Groudon, Rayquaza, Jirachi, Deoxys, Dialga, Palkia, Giratina, Phione, Manaphy, Darkrai, Darkrai, Shaymin, Arceus, Reshiram, Zekrom, Kyurem, Keldeo, Meloetta, Genesect, Xerneas, Yveltal, Zygrade, Diancie, Hoopa and Volcanion.
3. Legend power: All permitted legendary Pokemon such as Moltres Raikou and Cobalion are limited to 1 Legend per on the team.
4. Focus boost: All fully evolved Pokemon are prevented from carrying a stat boosting move with the Focus sash item.
5. Endless battle clause: This video will explain it.
6. Item clause: You're not allowed to use more than one of the same item.
Notes: OHKO moves are allowed and Sleep clause doesn't apply.
Third, their will be judges who decide if you're worthy being one of the Army. I will insert their names in this topic later.
That's https://novastorm.forumotion.net/post?p=107&mode=editpostpretty much all you're gonna need to know.
Good luck!
EDIT: This feature is gonna be for the 3DS Pokemon X and Y versions only, Showdown will not count.
Note: Don't post your team on the topic, PM me it on Chatango on the username Hmado. 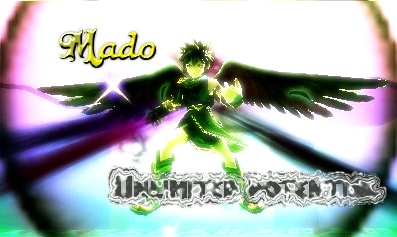 Re: The opening of Nova Army