Hello everyone. Recently we've had some crazy stuff happening within our community. Lots of negative tension has returned as well as risen even further. We've experienced some loss and rebirths ad some huge clashes as well. I would like to touch on some elements that have transpired over the course of time and give brief little summaries of how our chat has came to be from past to modern time. Note that this is not everything in detail of what as transpired over the course of time. If you wish to know more about Nova, read the Nova bible as well as some impactful Nova stories to learn more about certain things. If you wish for me to make a story about one of the things I bring up in this post, please leave a request below and I will work on it whenever I feel like it and is bored.

Before the time of Nova there was a bunch of different forum sites that competed and waged war against each other. Like not meming but literally all of them fought each other for whatever reasons that I don't know of. Once all the forums died there was nowhere else to turn to for all of the members and eventually a new forum was born....NovaStorm. NovaStorm was created by Hmado and Mitch in order to start anew and hopefully keep a good decent place for everyone to chill and enjoy themselves. Originally made to be a simple Pokémon chat, nobody expected that Nova would end up being a big deal at all.

Now then I shall only reach the big turning points and not really delve into what has transpired within time periods. First things first Nova started off as it was intended to be, a place that heavily devoted itself to pokemon. We all would enjoy each other, talking about pokemon and battling and really have a good time. That didn't mean we all got along though. Starting out since everyone was still young and was new to each other there was a lot of conflicts between people. After maybe around a year though we all started to get a good grasp of each other and got along really well while having a blast with pokemon and such.

Nova also had a huge rivalry with the place called PokeNexus, also known as Battleforce. To Nova battleforce looked like the chads trying to be cool and look down on the Novians. The Novians always had a goal of beating this mirror group and would a lot of times butt heads. Aside from Battleforce there was another outside community linked to Nova as well that helped/changed the community, The Skype Crew. The Skype Crew were just meme people who would instigate on certain situations and extend them with dank memes. Both of these outside communities greatly affected Nova, making the people learn to be mentally tougher and improved their capabilities in gaming. Other big events within this time period also took part in mass changes in Nova such as what we title "Tiff Chronicles", "Alissa Saga", and so forth.

After some more time both The Skype Crew and Battleforce broke their link with Nova and separated themselves, barely interacting with Nova anymore. Nova at this point had grown a decent bit and could hold its own as a chat and also within the pokemon community grew into more interests than just pokemon. For a long while Nova was pretty chill and seemed to have reached a pretty good point with the regulars all having good times together. Sooner or later though it would have to end because since everyone was growing up life was taking over.

People moved onto either quitting Chatango, other communities, life, or some other random reasons. The community broke apart little by little but in accordance to that we would still get new members in their place. The new generation of Nova had begun to move into Nova. Nova at this point was broken into random topics and random people. The focus of the chat was barely pokemon anymore within the populace of Nova. Ranging from common talk, gaming, dirty talk, and pure autism. Nova has a name for itself for being a really dramatic place but during this time was where the most crazy arguments would take place. Due to the huge differences between the old and new regulars of Nova, we have yet again reached a point of time where we have huge fights with one another. From both sides feeling like there should be some change to happen within the community. The old people wish to reminiscence and bring the chat back to its glory days while the new people wish for the place to be a lot more considerate and change how the chat acts with one another.

This brings us to the modern time which is now. We are in a void of huge negativity due to the lingering views of the old and new populace. Some within the old have made it their mission to want to destroy and drive out the fleshling newbies while the new people will cry and greatly demand something to be done about anything that seems to touch their feelings. The differing cultures continues to wage war against one another to this day and age. We wonder if this will be an endless ongoing event or will both sides resolve and reach a common ground. We wonder what will transpire in our future as Nova continues to live on.

That's all I have to say from my viewpoint of the evolution of Nova. Did I forget something? Leave something out? Did I get certain information incorrect? Share with me on your opinion on the progression of Nova. How long have you been apart of it and tell us everything you've been apart during your time in Nova.

Perfect summary. I think this sums up the general gist and not much needs to be added. Hopefully things will look better in the future.

Good summary. Forgot to add a bit about Skill Cap, bit it's fine. Also, the Age of Alissa was my favorite saga. Well done. 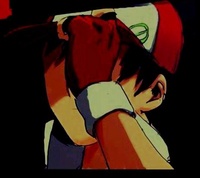