Thing is, People keep judging others from the past. Yeah I get judged a lot and I was emotional and fucked up- I got help, I checked myself out and made sure I wouldn't end up like I was in the past.

Yeah I got over worked when Talon was threatening to hack all my "Friends" accounts and made a magic act of pretending his account got hacked. On discord he was telling me it and I was reassuring him, telling him I will fix everything and make it all better and I will protect him no matter what; I was not in a good set in mind at the time. I wanted everything to stop and everyone to be safe. I don't care about my accounts but I know other people do. Where I started getting victim blamed because no one knew they whole story, Just only a girl almost suicide because of nudes. No. It was battling on my mental state and I was nearly gonna ruin my image and body to save people I care about.

See Now it's for Codie. Yeah  I showed his picture to people i discord that were only TWO people, Talon and SG. I had to dig through my recycle bin on my desktop to even see if I have it, Once I showed it I deleted it and even told him what I did. Didn't lie, Didn't insult or anything. So he starts insulting me and such. Each time I show the discord invite /he/ joins each time. I saw his twitter and such on his discord profile and I went to check it out and it had nothing but FE and Nintendo stuff which I found boring, So I said "Your twitter is boring". He goes off and starts calling me a hoe and such. Well he said "Your sex like is boring hoe" "You're a slut" "slit your wrists" like, All because I said his twitter was boring. When ever I come on nova to talk about pokemon and such he starts insulting me and mocking me, Telling me to slit my dog's throat and my own. What kind of sane person tells someone to kill their own pet?

Now with the discord. Yeah I feel like I'm taking nova people away but I still go on nova and talk to those same people. I mainly want to have everyone in a place where it's entertaining and less drama. I have friends from different servers and places joining as well and getting along with each other. It is a hentai/porn based server but I want it mainly to be social, catering to everyone's needs, Talking, Typing, Pokemon, Animal Crossing, Aki , and memes. People can show their art for everyone to see, Real life pictures to share what ever. Even a SFW channel for people whom don't want to see any mature material content. It all has warnings.

So, In conclusion, You need to think about the present instead of the past, See who changed, see who is still the same. Some will change still, some will not change. Don't judge someone for their past mistakes if you don't want to be judged the same. 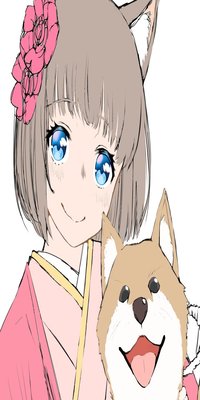 I think you are a fascinating individual. You have opened my eyes with this beautiful architecture you have made. When I read this it let me see the real you, the true you. It made me rethink my life and how I should approach it. It's not about the past....it's about the here and now. Even though we can never forget the past, we can always discard it for the present. Thank you for making me realize this and thank you for showing how much of a wonderful and strong woman you are. I deeply appreciate this post.

1, there was no fucking reason to "show my pic" to them. are you that fucking daft? you betrayed the "trust" i had that we would have a truce, and you threw it away.
2. you didn't have to go into Nova randomly and be like "Codie's twitter is boring" Like ok, i don't care, go slit your wrist or something.  you could of just kept your mouth shut about it, yes you have an opinion but you did not need to voice it. you said it in chat just to start shit, i'm not that stupid.