Recently the Nintendo Switch title "Little Town Hero" has released and I wish to give my own thoughts about the game.

When it was first announced I was intrigued by the new rpg experience. I questioned what the game would be like and how it would compare to pokemon games. Given Gamefreak's consistent strings of disappointment with recent titles there of course were immediate malice targeted toward the game. With it being developed alongside Pokemon Sword and Shield (which has been already been upsetting ppl quite a bit on its own) Town would inevitably be seen as more of a hindrance rather than a breath of fresh air. The game overall was seen as a lackluster waste of time and effort and the resources could have been better off going toward the new pokemon games. For me however was strangely different and viewed it as something new to experience rather than comparing it to something as big as pokemon, which to me seemed unfair to judge it based off a completely different series.
About a month or so before release Town finally was shown more what this game is and what it has to offer. I was really down to the gameplay that I saw since it reminded me a lot of monster hunter stories. I guessed at that point that the game could have potential to be a challenging game. Other people however believed it would be a simple game of "choose the higher number."  While people looked down on the game for it's graphics, I saw the artstyle to be very fitting for the atmosphere of the game. Nobody should be expecting the highest quality visuals in a game like this.
When Town finally released actually playing it wasn't the same experience i was expecting to have when i watched others play beforehand. The gameplay made me feel more pressured about the many options I had while combat. It felt like every choice mattered drastically and you could lose by making a simple error. Throughout the game you will feel overwhelmed due to having to start off every battle on the defence and struggling really hard to keep up until ur gauge fills to a more comfortable point. The game is both heavily luck based as well as skill based. One thing people often seemed to be upset about is the rng elements of the game. Once you have a complete understanding how to think when playing the game you'll find yourself manipulating the rng moreso than it controlling over you. However I do have some problems with the balancing.
In perticular my main issue is just 1 boss where it throws a consecutive number of things at u at once and there's nothing at all u can do about it nomatter what your kit is. This boss was the only one i had no fun with bc it was a strictly luck based battle instead of me trying to overcome it with my wit. Often times with the bosses later down the line of the game the start off can be a little too overwhelming and it leaves you to forcibly get beaten down to your last health without much choice if you aren't even a little lucky. Overall I'm ok with the challenge the game brings as it throws stuff at you at random and you're supposed to deduce a plan thinking of ways to counter them with the limited resources you have.
Town exceeded my expectations in how nice its environment is and felt very expansive and about how a real town would be like. The story actually kept me hooked and all the characters were likable and memorable, even the nameless ones. The story has a real world vibe with having characters with actual flaws as well as each having their own internal conflicts and dreams. For how short the game is as an rpg the story was overall executed extremely well. My only gripe is that around the end they do the typical rpg route decision with a certain character which is repetitive and shouldn't be a thing with this particular narrative in my opinion.
Lastly the main selling point I'd have to say is with this game is the music. Every track in this game was good to my hears and kept my invested and made me feel invigorated for every moment in the game. To me all you need for a good rpg experience is good music, characters, and story with a solid gameplay and that's enough to make an rpg successful. Framedrops in this game is a thing and occasionally the music flickers and once it had completely tuned off until i reset the game.
I always knew there was something special about this game when i first laid eyes on it. I had no reason to be excited but is sensed it would be at least decent but it brought me more joy than I initially thought it would. Challenging gameplay, beauitful enviroment, real experiences, a nice narrative, and extremely gorgeous music. Little Town Hero will be definitely one of my most memorable games to have experienced. 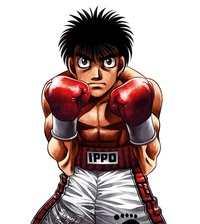