Time has passed since Tam defeated Dark Char. Soon after Mado and Mitch performed the coronation and appointed her the title of the Empress Futa Lord of the Stupid Claw along with the promotion of Prime Minister Yiffy. Tam governed Nova under HydroStorm's law and flooded the land with furrys and warped mutant beings that pressured the Novians into acceptance or else they would be punished for discrimination. Those who sided with Char were forced to abide by her laws or else they would be tortured in the hentai dungeon. Freeze, the futa lord's son, would torment Novians into the brink of suicidal thoughts.

One day Tam was sighted walking about in Nova, Nick greeted, "Hi Tam. How are things?" Tam fidgeted, "F-futa noodles...RICE!" Tam spazzed out and was going out of control glowing as if it was about to blow up. As Nick was screaming Dr. Dreath used his molest spell to subdue the body and shut it down. Death, "That's not Tamu. Didn't feel the same." Yiffy looks into this and brings the body to the throne room. Yiffy appears before Tam, "My empress what Prophet foresaw was correct. This fake Tam was used in attempt to attack you." Tam looks at the fake, "That doesn't even look like me...." Mado looks in disbelief, "He would stoop this low? I don't think he would cause this." Tam shrugs, "So he is making his attempts... Out of respect for you I will send him a warning and proposition. If he refuses the only thing left for him is death." Yiffy laughs, "i can't wait to see his pathetic self squirm when he returns."

Tam sends a message to Dark Char with her psychic powers, "Dear Char, It's been awhile since I destroyed you lol loser. I'm offering you a way to return peacefully even though you recently tried to attack me again.  If you submit to me and become a slave to my cause you will no longer be pursued to the death by me. Consider this a courtesy despite the wrongs you have committed. If you refuse you will be eliminated on sight. loathe, Empress Futa Lord Tamantha of the Stupid Claw." Dark Char is riled by the nonsense of the message, "She knows very well i won't accept that ridiculous request. Little does she know that was only the calm before the storm." Dark Char engulfs a mass amount of dark energy and disperses it all, summoning an army of Sigma Chars. He deploys them to Nova.

Gold is at the gate on lookout, "Tam makes us all worship futa cocks.... I miss Char's visions of real male penises." Gold sees a familiar figure from afar, " Huh? Is that...Char? Hey he's coming back to take over!" Gold waves and is confused as he starts seeing more Chars approaching. Sigma Char fires a dark laser at the gate causing an explosion, sending Gold flying and landing on his butt. Yiffy reacts quickly to the damage, "What the hell is going on!" Gold rubs his butt, "An army of Chars seem to be coming." Yiffy hurries to the throne room, "My empress Char has an army approaching!" Tam is unbothered, "Alarm Nova to take defensive actions. Kill every last one of them." The Sigma Chars enter Nova and begin wreaking havoc.

Link runs around throwing his boomerang while simultaneously displaying masterful swordsmanship, cutting down the Sigma Chars. He leads the weak Novians to safety and defends them from harm. Dr. Death casts his curses and immobilizes the Sigma chars for others to co-op and strike them down. Onox casually walks around as if nothing big is going on, destroying Sigma Chars as he continues his daily duties, "Char is no match for Tam." Stew wards the Sigma chars away with his high aura and dank memes, "O wow Char's really going through with this."  Codie morphs about utilizing different gender abilities to combat them, "Nobody has ever liked you anyways!" The Sigma Chars are unfazed by the attacks and don't acknowledge his/her existence. JD debuffs the enemies with superiority while buffing allies with intellect. AJ and Fang perform synchronized attacks decimating entire fields of enemies with smashing hammer strikes.

Mado runs around slashing about with his beam sword while throwing his metal blades. Neo rawrs and uses an unusual swordsman technique he mastered from his combat history, "I will protect Tam...." Mado rushes back to the throne room, "Tam you must stop. Those cannons will scar my precious land." Tam ignores Mado's plea and points to the battlefield, "FIRE!" Yiffy and Tam both fire their cannons and cause massive damage the Nova, clearing majority of the field of Sigma Chars. The Novians also take damage from the attack and become extremely exhausted. Link breathes heavily, "Is it over?"

Rowlie is excited, "Wow we havn't had a battle like that in awhile." Mitch looks out, "I don't think it's over yet." More Sigma Chars are seen approaching from a distance. Tam is agitated and decides to step onto the battlefield herself, "Why won't you just give up?" Tam holds up her hands and shoots a huge energy wave destroying the next wave of Sigma Chars. As Tam's hand goes down Dark Char is making his entrance. Dark Char floats into Nova to confront Tam. Tam frowns, "You finally show yourself..." Dark Char laughs moanockolie, "As I expected from my Novians. Strong as ever." Tam, "You would go so far to even destroy Nova? You're only hurting yourself in the end. A lose/lose battle for yourself." Dark Char smirks, "I don't care about that anymore. As long as I destroy you and this pathetic place that is all that matters."
Tam looks in disappointment, "You're dumb."

Tam readies her claws and Dark Char conjures his dark inferno sword. The two jump and have their first clash that emits a powerful shockwave, blowing Talon and Mitch out of the sky. Mitch, "WHAT THE FUCK!" Mitch disappears after. Tam dishes out a flurry of swoft strikes while Dark Char Defends wth Dark shields surrounding him. Tam pulls out her knives and makes synchronizzed attacks with her claw and knives attacks. Getting overwhelmed, Dark Char makes a huge infernal slash incinerating the knives and cutting her claws then blasts Tam away with a dark energy blast. Tam swiftly resharpens her claws while Dark Char sets up an infernal tornado to surround him in defense while throwing fireballs at Tam. Tam teleports behind him, ignoring his defense and deals a heavy blow to Dark Char but Dark Char retaliates by trapping Tam in his inferno. Dark Char concentrates and attempts a fatal strike on Tam but is thrown off by an after image. Tam counters from afar by shooting her ice shards while Dark Char is distracted.

The two stare at each other in silence. Dark Char, "How do you like my power? I now am able to defeat you." Tam keeps a blank face, "Don't get ahead of yourself. It's about time we finish this." Tam curls her claws and hardens them to maximum hardness. Dark Char condenses his dark and inferno powers into his blade. The Two make their final charge. Dark Char, "Tamanthaaaa!!!!" Tam, "uuhh... Charrrrr!?" The two collide and causes a distortion that shines a bright light and blasts them both back and crashing into the ground. Dark Char can barely get up , "Gu-ah.....did I win?" Dark Char sits up and coughs up blood. Tam is severely damaged, "I can't beleive...that monkey pushed me this far..." Tam lays lazily, "There's no way he should be moving so Ima catch my breath for a bit...maybe take a nap." Dark Char readies himself to strike again, "I have to ensure I...finished the job." Dark Char drags himself but finds himself surrounded by Novians. Mado points his blaster at Dark Char, "That's enough! You are done. Now stop this foolishness. This isn't what you want."

Dark Char limps, "Damn it....Alright I will regroup for now...but I will return again!" Dark Char disappears with his darkness. Yiffy approaches the scene, "Awe damn it he ran off again." Neo goes to check on Tam, "Let me help you." Tam furiously looks at Neo, "Shut up!" Neo wimpers and backs off, "rawr..." Yiffy helps Tam up, "Don't worry Tam. We'll get him next time for sure." Tam looks around Nova and notices the damage, "I....caused this." Onox blankly stares, "Easy Fix Tam." Tam shakes it off, "Yeah i guess you're right Onox but....maybe this could have all been avoided somehow..." Mitch returns, "Yeah this situation is kinda unnecessary to begin with." Link shakes his head, "maybe he'll learn his lesson someday.."

Dark Char retreats and gives himself time to recuperate for his next attack. Tamantha continues her reign but is too crippled to govern the land properly. Yiffy takes control, sending scouts to search for Dark Char and training up troops to ready themselves to destroy him once and for all.

I typed this better on my first go but the EVIIL errors crashed the site and obliterated my entire post when i was at the end of it. It made me furious so i started from scratch but couldn't remember how I typed it the first time so this is kind of a nerf'd version of my initial fresh idea. This is just a fun continuation of my meme story and I am having fun with this series. Hopfully some of you like it.

This story is unrealistic because like Lord Onox said, can't imagine longcat as prime minister. 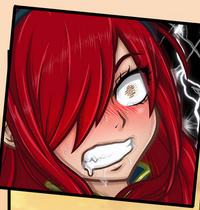